Real communication tools , in 2021 social networks are numerous and influential in the Digital Marketing .

There are more than 2 billion users worldwide , but then how do you get out of the game as a professional and how to best exploit the benefits of social networks for your business?

The history of social networks

If today the term social media became known to the general public 20 years ago, social networks were only beginning their mad ascent.

It all started in 1996 with Sixdegrees.com : 1st social network created by Andrew Weinreich in New York. Put online in 1997 it will remain operational until its closure in 2001.

Based on the theory of six degrees of separation , this service, ancestor of Facebook and of LinkedIn , offered Internet users to create their profile, to get in touch with their relatives, friends, families, colleagues and develop their own digital social network .

Users could post information on newsletters, send messages to their contacts , as well as to the contacts of their contacts, and this on two levels of separation. The recruitment of new members was done on the principle of sending invitations by members already registered, a principle now common, but revolutionary for the time.

This social network had nearly 3.5 million subscribers at its peak.

From 1998, everything accelerated with the arrival of Google but it was from 2002 to 2006 that social networks will experience an explosion on the Internet.

It is from this moment that the social networks will become more democratic and multiply on the internet.

So what exactly is a social network?

It’s a digital platform which puts people or companies in interaction.

The principle is to regularly post content, it attached to users and may be of interest to other users.

Texts, videos, images, audios … the content is numerous and each social platform will have its specificities.

The goal is to keep a digital social contact between users . A social network will bring together people linked by common tastes or interests. 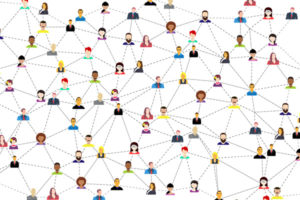 How to use social networks?

Social networks also allow share . In connection with communication, relay important information with its community is a very widespread use social networks . Sharing calls for interaction . 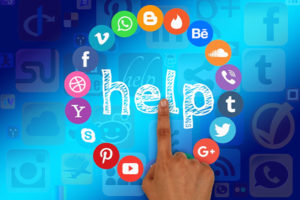 The message will not be the same, the size of the images will also be different and the tone will have to be chosen according to the target you want to hit.

For personal or professional use, there are rules to follow in 2021 to use efficiently and safely social networks .

The most popular social networks in 2021

Facebook dominates the market in 154 of the 167 countries analyzed ( BDM source ). In 92% of the world, it is the most popular social network with 2.7 billion monthly users and 1.8 billion active users / day.

At the top of the ranking we also find Youtube , a network specializing in streaming video sharing and hosting : 2 billion users per day.

Instagram was bought by Facebook in 2012 and is experiencing steady growth: 1 billion subscribers in 2021 and 100 million photos and videos posted every day on this platform.

Tik Tok , created in 2016, is a young Chinese application that allows design short videos on a musical background to stage yourself. With its 600 million monthly users, it now has its place in the most popular social networks.

LinkedIn is a social platform that allows professionals to develop their network . To have new contacts in his sector of activity, to reach new customers and to recruit. With 700 million members, it leads professional social networks in 2021.

Application specializing in online sales: Pinterest is a social network that puts everything on the visual . Affecting all areas, its new features allow it to remain in the ranking of the most influential social networks in 2021.

You want internationalize your business ? WeChat comes in force in our ranking. With 1 billion users in 2018, many giants like Huffington Post or the BBC subscribed to it.

Emerging social media : Twitch is a platform of social gaming, intended for video game enthusiasts. This network has grown during periods of containment linked to Covid-19. It now hosts 100 million monthly active users.

In the social platforms , we find the instant messengers as WhatsApp : with 2 billion users, it is the undisputed leader in the messaging category.

Indispensable in the communication of your company , the social networks allow you to make yourself known. It is a support allowing you to be as close as possible to your customers.

These exchange platforms between users and companies allow you to optimize your image in a world ultra digitalized :

The list of benefits is long, provided you master your communication strategy.

As on all communication media , a bad strategy can lead to a bad image of your services or products and it can harm your business. 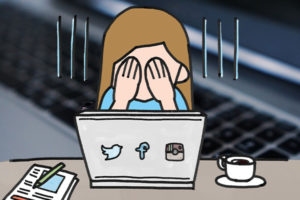 The choice of best social network in relation to your business, the tone used in your publications , the responses to your subscribers , the publication frequency or the quality of the photos or videos posted on social platforms are part of the image you give to your company and your know-how.

This work is often entrusted to Community Manager In the enterprises.

Call on a communication agency is also a common choice of professionals. Social media management is a time-consuming task and the analysis of the profitability of these different communication media can be quite technical.